During the month of January, we’ve encouraged our clients to embrace this fearless attitude towards life. We asked clients to share stories of how they are living fearlessly and we have been inspired by their responses. Below is Erin’s fearless testimony.

“Late in the summer of 2013, life was hectic but good. I was 37 years old, my sixth and youngest child was 9 months old, I had lost all my baby weight, and we had just moved to a new state. We were settling into our new house and surroundings and enjoying our summer. And then I started to gain weight. Rapidly.

Over the next four months, I put on 25 pounds. It shocked me. I eat generally well, and I hadn’t changed anything about my diet at all. I couldn’t figure out what was happening to me. Other problems surfaced too: I started losing my hair; I felt cold all the time; I felt like I was in a fog. And I was having memory problems: I couldn’t remember people’s names, or what time I should leave the house to pick up my kids from school. A good friend thanked me for helping her after surgery and I had no recollection of any of that ever happening.

I was starting to get frightened by the memory loss. I tried adjusting my diet: I gave up sugar and other carbs. There was no change. By the six month point, I had gained 30 pounds. I was having to buy new jeans every few weeks because I kept growing out of them. I was feeling awful and sluggish. By the winter, I was having anxiety attacks as well — something I’d never dealt with in my life. And in the next year, I had two early miscarriages. I felt broken and weak. I felt like my body didn’t work anymore. I was falling apart.

I started seeing doctors. Four doctors told me four different things: one said carbs were poisoning me; one said I needed more vitamin D; one said I needed to try to balance my hormones better, and one said that “too many children” were making me overwhelmed and I needed a psychologist. I tried everything except the psychologist. Nothing made a bit of difference. One of the doctors had also mentioned I was too sedentary. So at age 38, I took a huge leap and decided to start getting some “real” exercise by joining a local mom’s exercise group.

This was a really, really hard step for me. I really cannot overemphasize how scary it felt to take this leap. I was so intimidated. I had never been athletic and I have no rhythm — y’all, I am the person who could not figure out the steps to Sweatin’ To the Oldies as a teen in the 90s. Driving to that first class, I was scared out of my mind. But as I approached 40, I was becoming determined to help myself somehow and to do things even if they were scary.

I was definitely heavier than most people in the class, and I felt foolish as I lagged behind the other women who were ten years younger than me. Most classes I got through by repeating to myself over and over: I have birthed six children. I can do hard things. Even still, many days I left class and cried in my car. But I stuck it out, three to five times a week, and after about six months I started to notice a few things: the regular exercise was helping with my anxiety. I was actually enjoying feeling my body move, even if my progress was slow. Some of my muscles were getting stronger. But I was not losing any weight. I was suddenly starting to have a problem with urine leaking when we did anything involving jumping — an issue I’d never had before, despite five pregnancies. And, even more concerning, my stomach was looking weirdly five months pregnant. It was this last one that was really getting to me psychologically.

It’s really, really hard to dress a stomach that appears five months pregnant when you’re not actually five months pregnant. It doesn’t fit into clothes right. I couldn’t figure out why it was getting bigger instead of smaller. It was definitely not stronger, despite months of crunches and planking and other ab work. I still felt really weak. My core felt like it had collapsed on itself…I literally could not even sit up straight in a chair or while driving for longer than about three seconds. I remember looking at my children and envying their posture.

Between the strange look of my stomach, the horrible posture, two early miscarriages, the urine leaking, and this pervasive weakness I felt, I abandoned all thoughts of having any other children.  I really thought my body could not handle it. Another pregnancy seemed beyond its capabilities. Really, this made me so sad, because never before had I ever felt like my body couldn’t handle a pregnancy. In fact, in the past, being pregnant had been the only thing I thought my body could do well.

Then a little over a year ago I stumbled onto an article on the internet about diastasis recti and was intrigued. It sounded exactly like what was going on with my poor midsection. My search led me to The Tummy Team website and I learned how to check myself for a diastasis.  Yep — there it was.  Not terrible, but there. A three-finger, medium separation. I devoured everything on the site and everything just clicked in my head…all the crunches I’d been doing…the planking on my super weak core…my stomach getting bigger and bigger…it all made sense. I liked how encouraging and kind Kelly was, and how she seemed so genuine. I felt safe and comfortable. I started the Core Foundations program just before Thanksgiving.

My Experience with The Tummy Team

The program was not at all what I expected. I figured it would be a lot of hard-core ab exercises that I would struggle through. Um, no. I loved the program because it taught me so much about how my body was meant to function.  I had no clue what a transverse abdominis even was when I started — learning all of that gave me completely new insight into the way my body was supposed to hold and support itself.

The exercises were all things I could fit into my day to day life. I did them in the kitchen, chopping vegetables for dinner; in the shower; in the bathroom, putting on my makeup; and in the car, driving my kids to and from school and shuttling them to activities (this last one became such a habit that I continue to do transverse holds while driving). I learned that all those months I thought I was “engaging my core” when exercising, I was actually pushing forward on it and making things worse. Ack! I was not perfect, but I gave myself grace. I was doing something good for me and starting to feel empowered instead of intimidated. I was letting go of the fear of the unknown and learning what a new me felt like.

The Core Foundations program helped me heal my diastasis. After 10 weeks, it went from a 3-finger separation to half a finger. The other changes shocked me. The urine leakage was gone — even when sneezing. For the first time in my adult life I could sit up straight while driving. This was huge!  My neck no longer ached after a long day of kid-chauffeuring. My core was doing its job! Despite being at the same weight I had been for months, I could feel my body starting to work the way it was meant to. I was starting to feel strong and capable instead of weak and broken. And when I took an “after” picture and compared it to my “before,” I was honestly stunned at the difference. I am not scared of moving my body anymore. I’ve learned that my body’s strength is not about the size jeans I wear, it’s about learning what my body is capable of, knowing how to hold myself while holding my children, using my core to stand tall. It’s amazing the confidence you gain just by being able to stand straight. And after six more months of the new, stronger, healed me, I found myself realizing that my body was more than capable of handling a pregnancy.

And here I am, 39 years old, 29 weeks pregnant with my seventh child, and every bit as confident in my body’s ability to carry, nurture and birth this baby as I was ten years ago. I think it’s fortuitous that this baby’s due date is two days before my 40th birthday. I love that. I love that I’m going to enter my forties having done this amazing thing, bringing a new life into the world, and looking forward to the next decade of taking on anything I want to. In my 30’s, I figured out who I was. Now, I have the confidence to act on it. Carrying myself with strength has made me feel unstoppable.  This, this is why I can’t thank the Tummy Team enough. I’ve gained so much more than a healed core.

When we turn the corner on a new year most people can’t help but stop and reflect on their life. For many, this means making New Years Resolutions – most of which seem to center around body image. While there is nothing wrong with setting those kinds of goals, most women get trapped in the mindset that they need to be a certain shape or size. But at The Tummy Team, we encourage women to consider how they feel. We see women all the time who feel frumpy, who feel broken, who feel discouraged.

However, you’d be amazed at what a few weeks of core rehab can do for someone’s spirits. When they feel reconnected to their core, more in control of their body and aware of their posture, they gain new confidence. It’s a beautiful thing to watch. Suddenly with this new confidence, women begin to live differently. They have less holding them back from enjoying life. They have let go of fear.

We are so blessed to hear stories like this from our clients. We love to help people get their core back and get their life back. If you are experiencing anything like this, please let us help you. We are located in Camas, WA but we have online courses that have helped so many people like Erin. Visit us online or call our office to find out more. 360-952-CORE

The Tummy Team has helped thousands of clients locally and internationally with their comprehensive online core rehab programs. The core is the foundation to all your movement all day long. If you are struggling to really connect to your core, let us help you. Check out our online courses HERE or click the images below to preview our most popular programs. 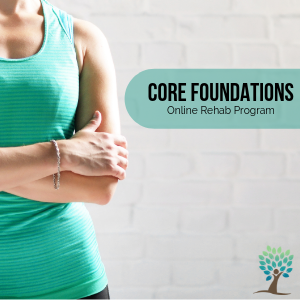 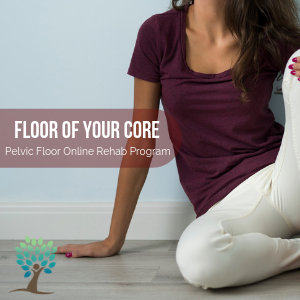 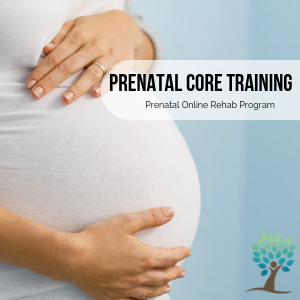 Be sure to post your questions and feedback on this blog in the comments below! Subscribe to receive a notification when we post a new blog…

Blog Subscription
Use code THANKFUL22 for 40% OFF online programs & memberships Shop Here
Get up to 30% OFF on special Father's Day products through June 23! Visit Our Store HERE